Thanks for prayers: hope to see some of you on tour beginning this Friday night in Oceanside. For all dates, cities and times have a look at http://www.grrrrecords.com in the Shows section. This is -always- the best place to check for my solo, speaking and GKB dates. If it isn't there, it isn't confirmed. Thanks so much! -Glenn

What a nice day! Well, nice for me… not as nice for my Wendi, she's a bit ill though she is truly "in the Spirit" and that's a fact!

The weather change happened in Chicago today and so her breathing got difficult. I can nearly always predict a weather change by those poor souls with asthma around our house 😦 So in one sense I felt a bit guilty to so enjoy my day so much. I've always loved the rainy, colder, gloomy days… always have. I don't even know why, I just like the vibe. We had a great message this a.m. from a good pastor friend who also directs World Alliance Coffee. In fact I enjoyed
coffee while listening after one of our worship teams led a wonderful time of singing. We're pretty relaxed during
Sun. gatherings at JPUSA. The message was on the temptation of Jesus from Luke chapter 4. He also worked in bits from Job, from Peter's denial of Jesus, and the Lord's words "Peter you will be sifted as wheat… but when you return, strengthen your brethren." Indeed, I so relate as temptation comes and goes in my life as much as any one's. Fact is I think sometimes we are numb to temptation. I mean, we sometimes likely don't even know we have been -or are being- tempted, we just do what we think seems good, and sometimes it is while other times, we've truly blown it. Now by saying this I don't want to put anyone (nor myself) into some hyper-sensitive "look OUT for the DEMONS" mode! That in itself gets ridiculous and after a while one can end up seeking the tempter more than the Lord Jesus! WRONG FOCUS. But some of us… well, perhaps all of us -are at times so self-centered we don't even know we're in a temptation
moment. Lust of the eyes, flesh and pride of life are indeed very common to we humans. The other night I fell for the old tv scheme, looked at some borderline (which is across the boundary line for me) stuff for a few minutes and repented about 6 times for being an idiot with my thoughts and eyes. Really, you'd think after God's incredible blessings in my life, my kind and beautiful wife, kids, grand kids, church, so
many good things He's doing in my life that I'd be nearly immune to this sort of thing! I mean, not porn as such, just the semi-lack of modesty stuff. But I blew it, simple as that. I fully know what the Word of God says about all of this. I know the promises of God. I'm filled with the Holy Spirit-
but don't always obey Him in a tempting moment. I have dear friends who are pastors and live in the same house with them, have a regular, established accountability with them. But none of this, as good and helpful as it is- means I always pay attention to the Lord, rebuke the enemy, pray, get prayer from others and and say "NO!" to the temptation when it comes. No violins please. And no excuses on my part either. I simply know that in this world there are and shall be moments like this every so often. So this morning the message was especially meaningful to me. And I am SOOOO thankful for God's forgiveness, grace for me and all of us to repent, confess our sins, get up and grow into more loving, obedient sons and daughters. The next time he shows up with a sideshow, I can change the channel or turn it fully off. I have those options and how glad I am God reminds us of them! So today was a blessed one for me. Tonight Wendi got up for a bit and cooked an AMAZING dinner! I did the dishes and cleaned the kitchen up, made us some tea and now I sit typing this blog as she knits yet another cool item. Her service is her way of loving and she indeed loves a great deal. As the years have passed, I've realized my service is also a central way I let Jesus know I love Him. Restful days are also important, and this has largely been one for me, for which I'm very grateful. Cozy warm days with those you love and who love you- when it's cold and rainy outside… nice! No fireplace here but that's o.k. too 🙂 May our fire for the Lord burn brighter and brighter. May our loving service and simple obedience to Him and His Word be more and more apparent to Him and an authentic witness to others! Thanks for stopping by. -Glenn 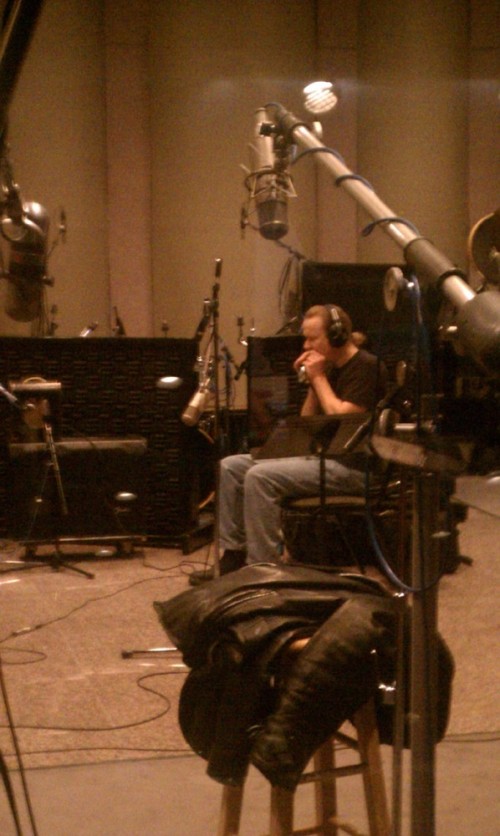 Enjoy! I sure do. And Happy Valentine’s out there 🙂

“Subject: Aaron Rodgers
ARLINGTON, Texas (BP)–NFL experts and newspaper headline writers have
been quick to label Green Bay starting quarterback Aaron Rodgers the
“Leader of the Pack.” Something about 4,712 yards passing and 34 touchdowns, and leading the
Packers to the verge of their first Super Bowl title in more than a
decade will do that for you. But Rodgers made it clear in Tuesday’s jam-packed Super Bowl XLV Media
Day he only wants to be a leader of God’s pack when it comes to
influencing others to see his faith in Jesus Christ. “We all have a platform, we all have a message in our lives,” Rodgers
told Baptist Press and a worldwide media turnout, which ringed his
individual interview area. “I just try to follow Jesus’ example,
leading by example.” During his six years with the Packers, his career has seen enough
twists and turns, dead ends and detours to test any one’s faith. An
expected top 10 draft choice, he lasted until the end of the first
round for reasons he never understood. He stood on the sidelines for
three seasons while Packers quarterback Brett Favre went through his
yearly will-he-or-won’t-he retirement routine as Packers QB. Finally given a chance to start three years ago, he has matured into
one of the top quarterbacks in the league, but not forgetting his
past, present and future in Christ. “God always has a plan for us, a path. Sometimes we wish we knew it
sooner,” Rodgers said with a bit of a laugh, “but He always shows up
His way.” He credits his parents, Ed and Darla Rodgers, who still live in
Northern California where he was raised, for showing him a loving and
Christ-centered household. He also remains close to his two longtime
accountability partners, Pastors Andrew Burchett of the Neighborhood
Church in Chico , Calif. , and Young Life Christian youth group leader
Matt Hock. Even in the midst of the craziness of Super Bowl week and Tuesday’s
Media Day at Cowboys Stadium, Rodgers had already checked in with his
accountability team. “They won’t be here Sunday, but they’ve been calling and texting me,”
he said. “Matt sent me a photo of his entire Young Life group decked
out in Packers gear.” Rodgers’ quiet and humble testimony has been enough to inspire
Christian NFL fans everywhere and his own teammates as well. Rookie defensive end C.J. Wilson, whose father is a Pentecostal
minister in Mt. Olive, N.C., said he really didn’t know what to expect
when he showed up for his first NFL season this year. But when he saw
the experience of his star quarterback and his witness, Wilson felt
encouraged with his own professional football faith. “I think it does help when your superstar quarterback is walking with
God. I’ve been blessed to be around him and see how God makes all
things possible in our lives,” Wilson said. Packers wide receiver Greg Jennings is one of Rodgers’ receivers and
teammates on the field, but more importantly, a spiritual brother on
and off the field. He said he’s determined to let Sunday’s game
against the Pittsburgh Steelers be his platform for God. “I just want to let people know what it’s all about. One of the
Scriptures I refer to a lot is, ‘to whom much is given, much is
required,’ and I’m required to have a voice [for God] because I have a
stage and a platform,” Jennings said. “Number one, all glory goes to God. That’s where it starts and that’s
where it finishes.” His father, Greg, Sr., is the pastor of Progressive Deliverance
Ministries in Kalamazoo , Mich. Packers defensive tackle Ryan Pickett has been inspired to join an
anti-pornography campaign in the NFL this year to help rid the
destructive influence among his friends and teammates. He said he had
to turn down the invitations of his teammates this week and other
times who wanted him to go places he knew was not right. “I value my family and my wife. I try to stay away from that,” Pickett said. Green Bay kicker Mason Crosby doesn’t have to be reminded about the
number of Super Bowl games which have come down to a final touchdown
or field goal, including the last Super Bowl held in Texas when the
New England Pat riots won on a last-second kick in Houston. But he said his faith in Christ won’t allow him to be defined by a single kick. “I think He helps me knowing that kicking is what I do, not who I am.
It’s not everything that I am. I can escape knowing that my
relationship with Christ is what carries me.” Crosby has also noticed his quarterback’s faith and his example to his
teammates and the sports world. “Aaron has a great relationship with the Lord,” Crosby said. “He’s the
face of the franchise and it helps to see he’s living the message all
of the time. “I’m always reading in the Proverbs and Psalms to relax my mind before
we play,” Crosby added. “I know that God cares for me all the time
regardless of any outcome here.” GO PACK GO !!!” -AND LAST YEAR : Drew Brees http://www.youtube.com/watch?v=dJR5ig26RTA Glenn sez Pretty Cool, ‘eh?!! Thanks for stopping by 🙂 -Glenn