Lord willing I will eventually do an entire Christmas cd project. When it happens we’ll let y’all know as it will certainly be on Grrr Records (see the link on the right side of this site).Meanwhile, here is a very short (on purpose) tune I wrote last year. It’s not a blues, but a worship song, a basic demo in Mp3 format, my voice and high-strung acoustic guitar recorded live on a small digital recorder, one mic, no frills. Happy birthday to Jesus, Merry Christmas to all reading this! -GlennTHE GIFT I BRINGwords & music by Glenn KaiserCopyright © 2010 Grrr Music/RecordsI give you all I am

The past 2 years our family has been invited to do a concert at this excellent venue in Frankfort, Illinois. We do 99% Christmas songs in newer and some in more traditional fashion, read hrough the story of Jesus’ birth from the Bible, share poems and a bit about the orgins of Christian Christmas traditions.Ami, Brach and Joby (“The Unfortunate”) do a set, and two of Wendi and my daughters (Ami and Rebecca) join as well as two of my grandsons, singing along with Wendi and I.Curt, brilliant family poet, reads through the Christmas story as well as a couple of his own wonderful holiday poems. All in all, it’s a special evening focused on our Lord’s birth.The staff and audience are always amazing and sweet, the coffee is great… and we have a lot of fun.Last night God put the first snow of the season on the ground and the beauty of it all was quite nice.How blessed I am by my Lord,, my family and the family of God… whew!I posted a few pics as well as a demo of a Christmas song I wrote here: http://gkaiser.posterous.com/“Grace upon grace” indeed. -Glenn

Pics are here, The Gift I Bring song demo a bit further down. 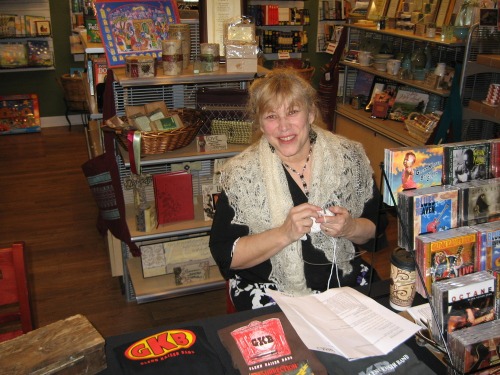 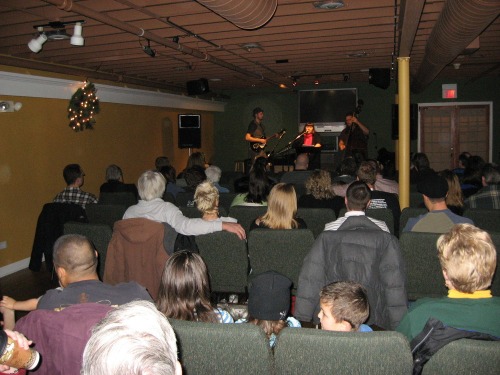 THE GIFT I BRING

The gift I bring, to my King

I bring with empty hands

I can pray, and I can sing

Reflect you as I can

You’ve given me, everything

The gift I bring, to my King

I give you all I am

The manger Child, the world outside

A dark and barren place

The angel choir, the starlight dance

And the love shown in Your face

The gift I bring to You my King

I give with heart and hand

You give me all, I hear Your call

I give you all I can

The gift I bring, my offering

I give you all I am

“I am called to live in perfect relation to God so that my life produces a longing after God in other lives, not admiration for myself.” YES. AMEN. PLEASE Dear Jesus. -Glenn